There was, some time ago, a brightly colored, vitrified ceramic jug with a friendly size, which one day arrived at a private house. There people placed it in the middle of a table, added water and a bouquet of red flowers.

It had – and still has – the characteristics typical of the ceramics of a specific place: emerald green color, floral pattern design and transparent vitrified throughout the piece.

This jug was made in the town of Puente del Arzobispo, which belongs to the community of Castilla-La Mancha, and which is a town that, among other things, stands out as a very important Spanish reference in pottery. There they use a pottery technique that dates back to the 16th century.

Due to its location, on the banks of the Tagus river, between Castilla-La Mancha and Extremadura, the potters find a lot of water – the river -, very good quality clay and fine sand. Also in the surroundings a lot of broom, heather and steppe to heat the ovens that bake the worked pieces.

The colors used in its decoration are oxides. Blue comes from cobalt, yellow from antimony, orange from iron, black from manganese and green from copper.

In 2019, the Pottery of Puente del Arzobispo was declared Intangible Cultural Heritage by UNESCO.

With regard to the 3D model scanned in Scan3D from the main jug, it is worth saying that it was not a very complicated piece to scan, although we did have to influence its texturing, basically the color capture and all the photographic details, for the reflection caused by the glazed texture of the original jug. 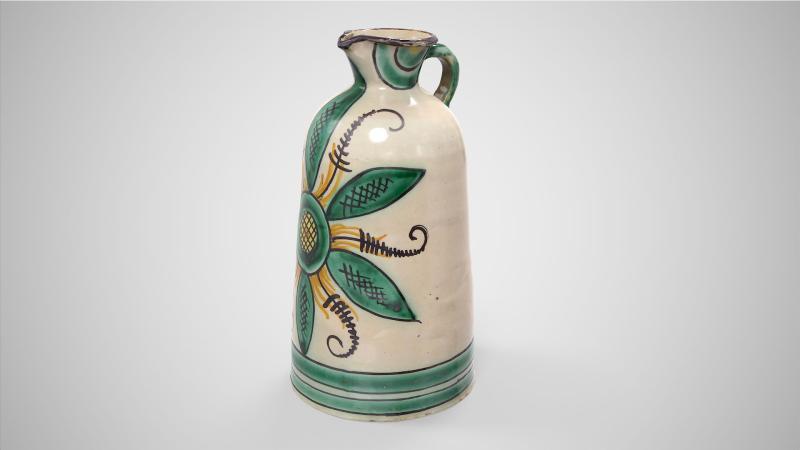 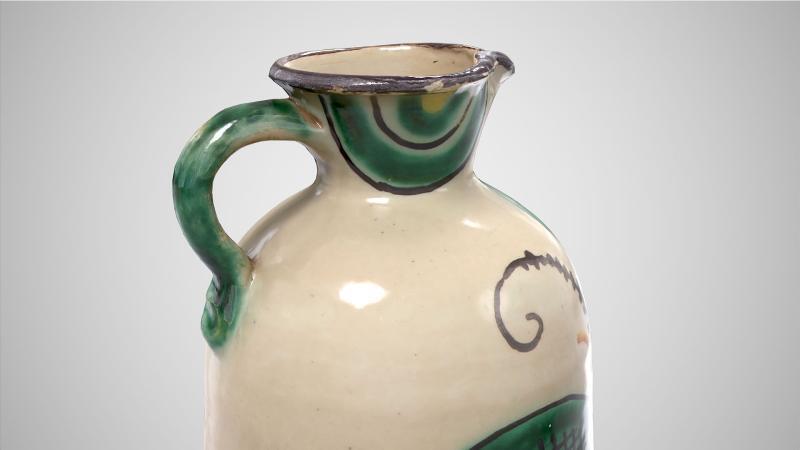 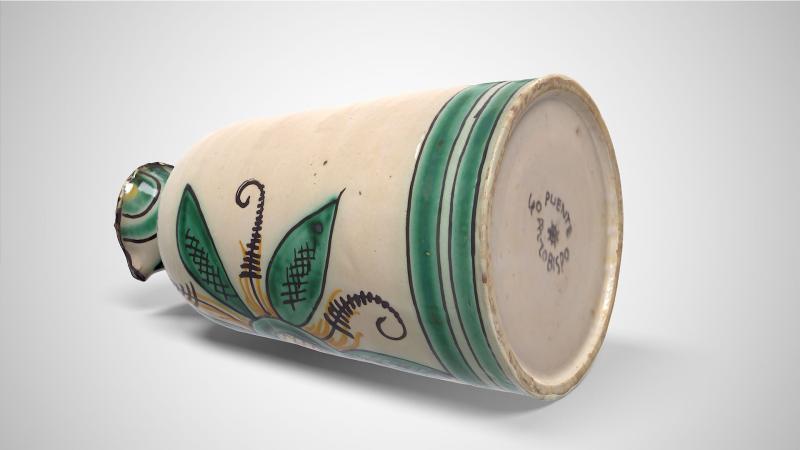 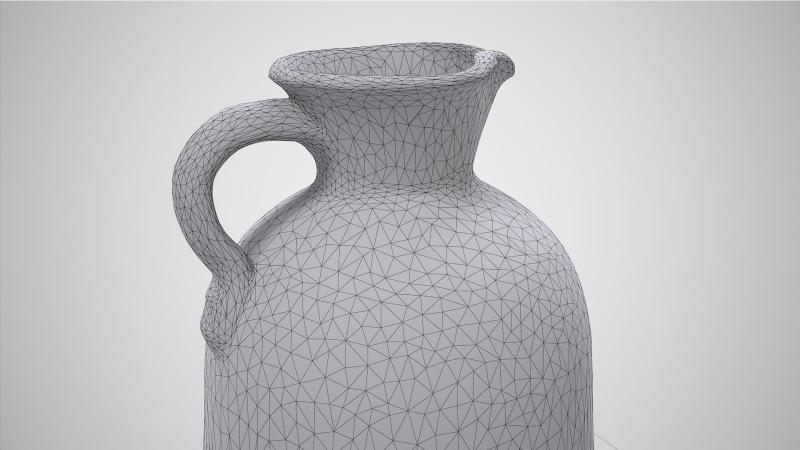